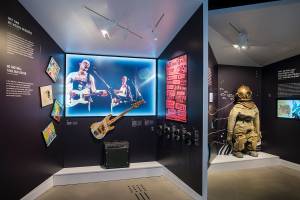 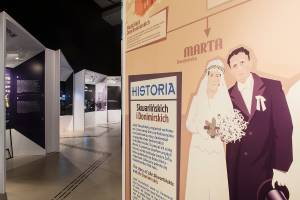 The Gdynia City Museum is a place to showcase Gdynia’s past and to exchange ideas, experiences and dreams between generations. Dozens of thousands of items: photographs, postcards, documents on public life, posters, plans, maps and works of art in the Museum’ collection are a source of knowledge about the past and present life of the city and its people that invariably fascinates visitors and is a source of pride to the people of Gdynia. The Gdynia City Museum puts special emphasis on up-to-date education and an out-of-the-box approach to present history, not just in its local aspect. Design, art, people’s stories, in-house books and records are excellent reasons to return again and again to learn about the fascinating history of the City of Sea and Dreams.

Gdynia is modernity – modern politics, economics and architecture or modern transport. As a part of its activity, the Museum explores and presents modernity in its diversity – its good and bad aspects or the relevant and obsolete ones as well as the spectacular and the ordinary, which may be barely noticeable. Gdynia is a modernist city. Modernism and design are closely intertwined. The modern world is largely a designed world. We are surrounded by completed design projects: buildings, vehicles, objects, prints.

Information for people with disabilities