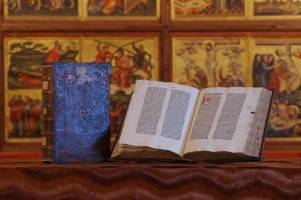 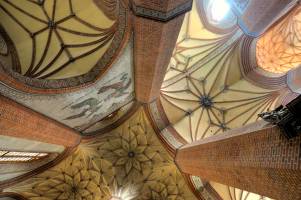 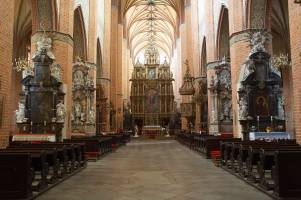 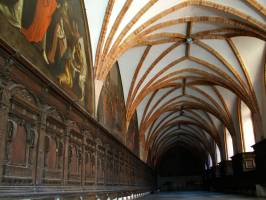 The former Cistercian abbey in pelplin is one of the best preserved Cistercian monasteries in Europe. Its architectural layout has survived almost unchanged from the 14th century to the present day. Located in the valley of the river Wierzyca, it occupies the central part of the city (44 ha). It consists of nine facilities and smaller ensembles. These include: the abbey basilica, today's cathedral and complexes of former monastic buildings (today the Higher Theological Seminary and the Collegium Marianum high school); former monastic economic buildings (today the Diocesan tourist information center, the Kociewie Cultural Center); the palace-park complex (today the residence of Bishop of Pelplin and the Gardens Gallery); the church complex of Corpus Christi and the canonries. To the east of the abbey stretches the area of the location of the former monastery village, now urban development of Pelplin.
On the territory of the former abbey, numerous restoration works were carried out on the equipment of the Cathedral Basilica and the monastery (1993-2003). Recently, thanks to European funds, many buildings and objects in the cathedral have been renovated, and a new exhibition space has also been organized - an educational path showing the roof frame of the cathedral and medieval technical devices in the attic. The Diocesan Museum, in turn, houses numerous exhibits of culture and art, including valuable cabinet Madonnas and the only copy of the John Gutenberg Bible preserved in Poland.
The entire material and spiritual heritage of Pelplin has been repeatedly exhibited for twenty years in the form of an annual two-day Cistercian fair, which attracts tourists from all over Poland and Europe. On the site of the former abbey, the best traditions are also continued in the form of active scriptorium workshops that introduce Cistercian history and culture based on local historical literature.