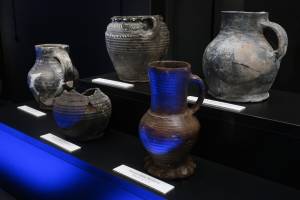 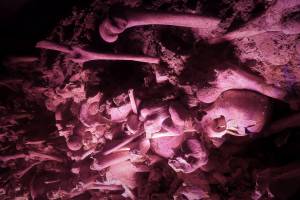 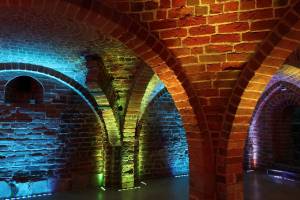 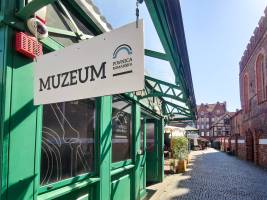 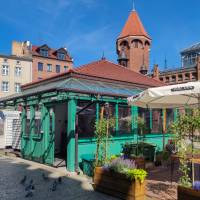 It is the youngest branch of the museum, located in the oldest interior preserved in Gdansk, the 13th century cellar of the Dominican Order, which once served as a canteen and kitchen for the order. The Romanesque Cellar, together with the neighbouring market hall containing the exhibition of the foundation of the Roman Church of St. Nicholas, presents the oldest monuments of brick architecture in Gdansk. The former rooms of the cloister are accessible via a pavilion located in Dominikański Square. The main attraction is the refectory, its mostly originally preserved walls and the system of vaults.